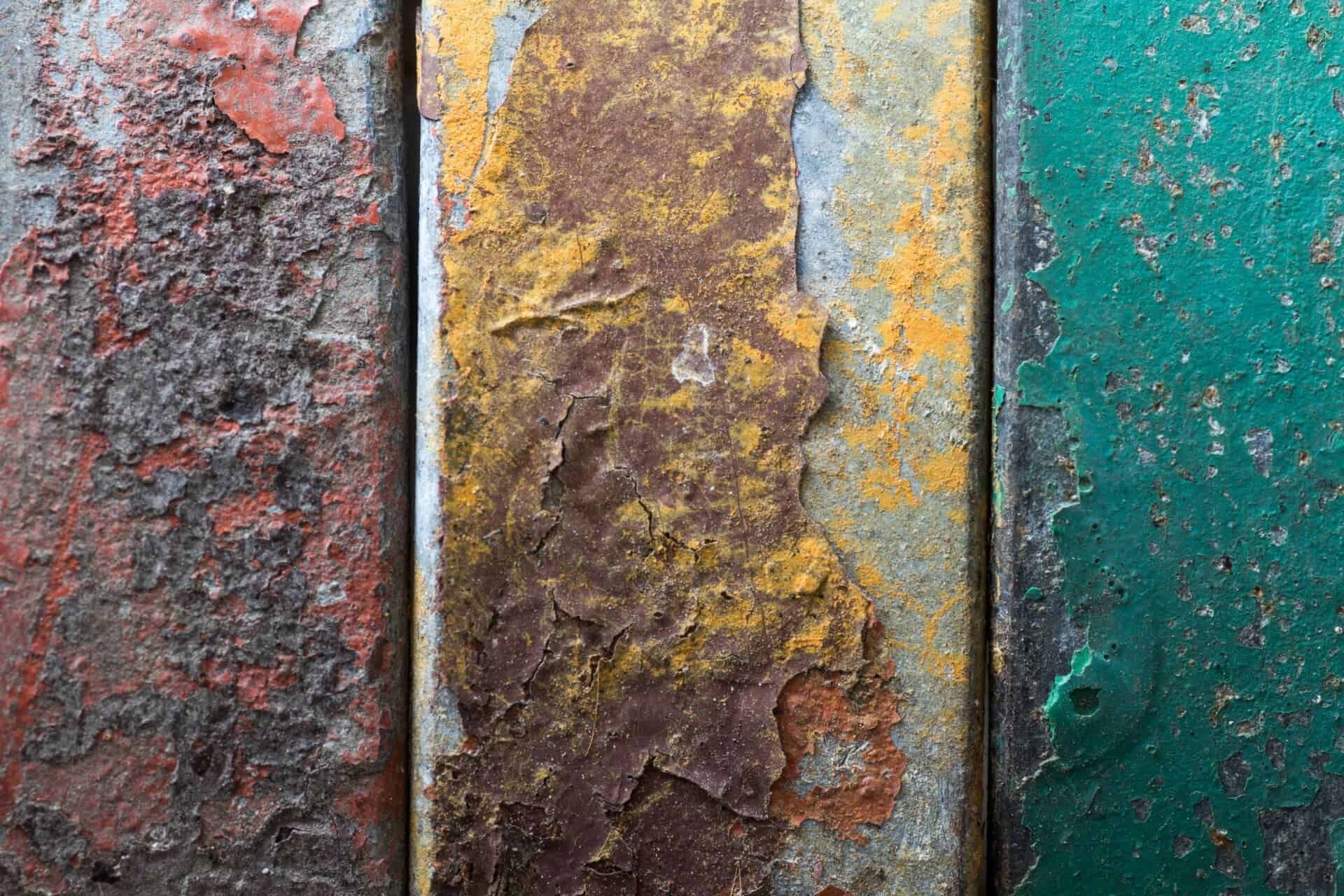 We love owning our homes and the freedom that provides. But as much as we would like to believe that things won’t go wrong, they will. One that might be on that list right now is your rusting concrete.

When you understand why it’s happening, it’s easier to prevent rust stains in the future. There are a few reasons why you see rust on your concrete, and we’ll discuss why, how to get rid of them, and how to prevent them from coming back.

What Causes Rust Stains on Concrete?

You may know different surfaces stain easier than others. Smooth surfaces are less likely to stain, and porous surfaces are more susceptible, where porosity or the volume of voids in concrete makes it easier for stains to happen in the first place.

The ease with which a rust stain occurs is associated with porous concrete because it’s more permeable, allowing the flow of staining agents and resulting in unsightly stains. The worst thing about rust stains is they can show up one day for no apparent reason. But one thing is for sure, once you know they’re there, you want them gone.

Below is a list of the most common (and surprising) causes of rust stains on concrete.

How to Prevent Rust Stains on Your Driveway?

Prevention is worth a pound of cure, and that sure applies to rust stains on your driveway. Removing the source of the stains is the place to start preventing future ones. Be sure to remove all metal objects like furniture and decorations. The last thing you want to happen is more stains that only get worse.

After removing any likely sources of rust stains, you’ll have to clean your concrete well and prepare it for a quality concrete sealer. A good seal on your concrete ensures that it looks good for years to come and won’t disappoint you with unsightly stains.

A quality epoxy concrete sealer adds years of useful life and appearance to your driveway. It also resists stains, especially rust, and it won’t absorb moisture which contributes to more problems later.

How to Remove and Clean Rust Stains on Your Driveway?

There’s always some kind of maintenance task waiting to be done, and cleaning and removing rust from your driveway isn’t the most pleasant, but it is very important. Lots of people look for the best solutions for eliminating rust. Here are a few tips that work well.